5 Ways to Turn a City Block Into a Play Wonderland

We live a couple miles away from Prospect Park in Brooklyn. But in these days of 24/7 parentingworkingcleaningcookingbreathing, that couple of miles is just not a possibility much of the time. So, in the absence of a yard, our city block has become our outdoor space. You’d be surprised (I was, at least) at the wonderland that is to be found when you let kids take the lead.

If your outdoors, like mine, is more gray than green, here are five easy ways to make it magical.

Dress Up and Head Out

Have kids who are all about pretend play and dressing up? Leave the house in a costume and they see the world through the lens of the character. The fire hydrants become secret headquarters, the bushes are hideouts and the air hose at the gas station helps you save the day. 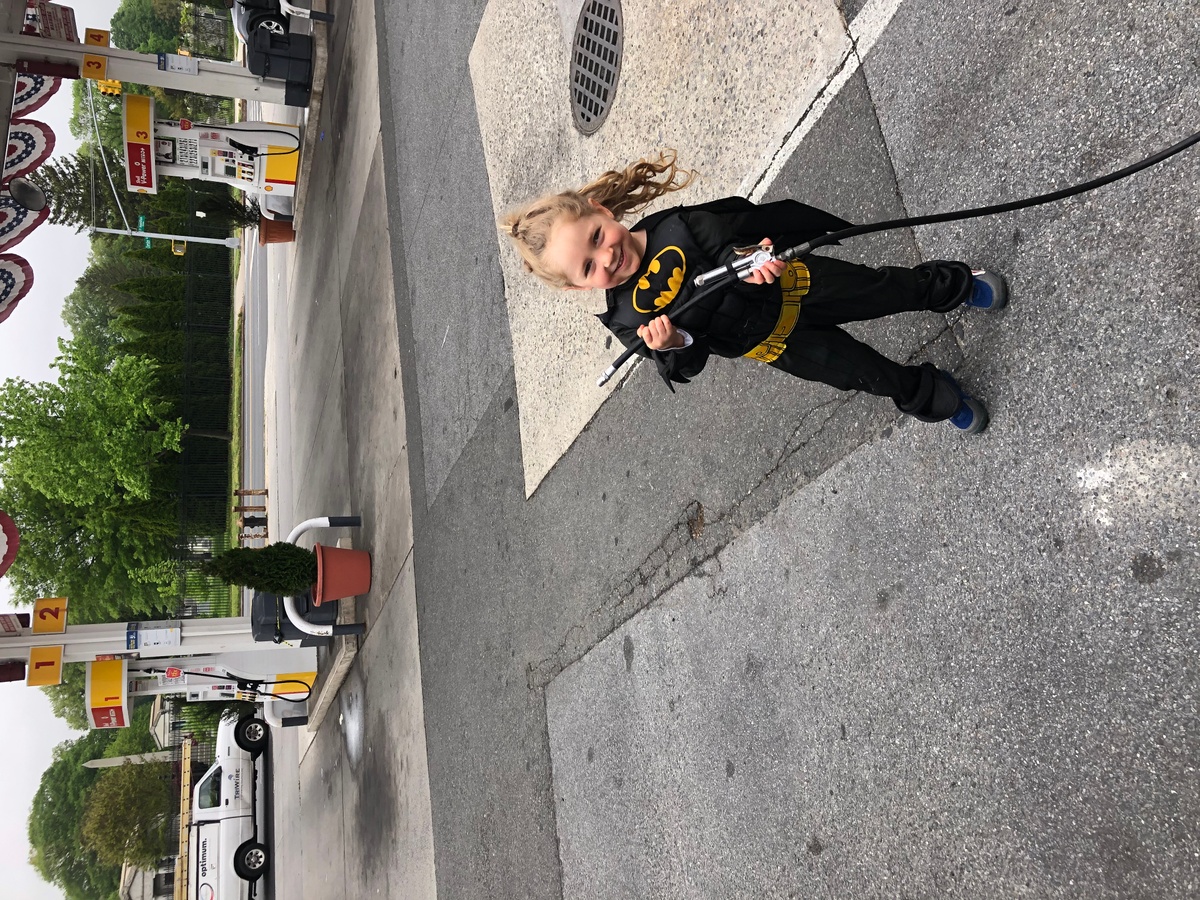 Especially these days with so little foot traffic, sidewalk chalk is really having its moment. From race tracks to hopscotch boards, from alphabets to rainbows, the drawing is usually just the beginning and so much play and activity comes from there. (Our alphabet ended up with items that started with corresponding letters placed on top. Josie kept standing on the letter Q and then running away, standing on it and running away. ‘Q is for Quick’.) 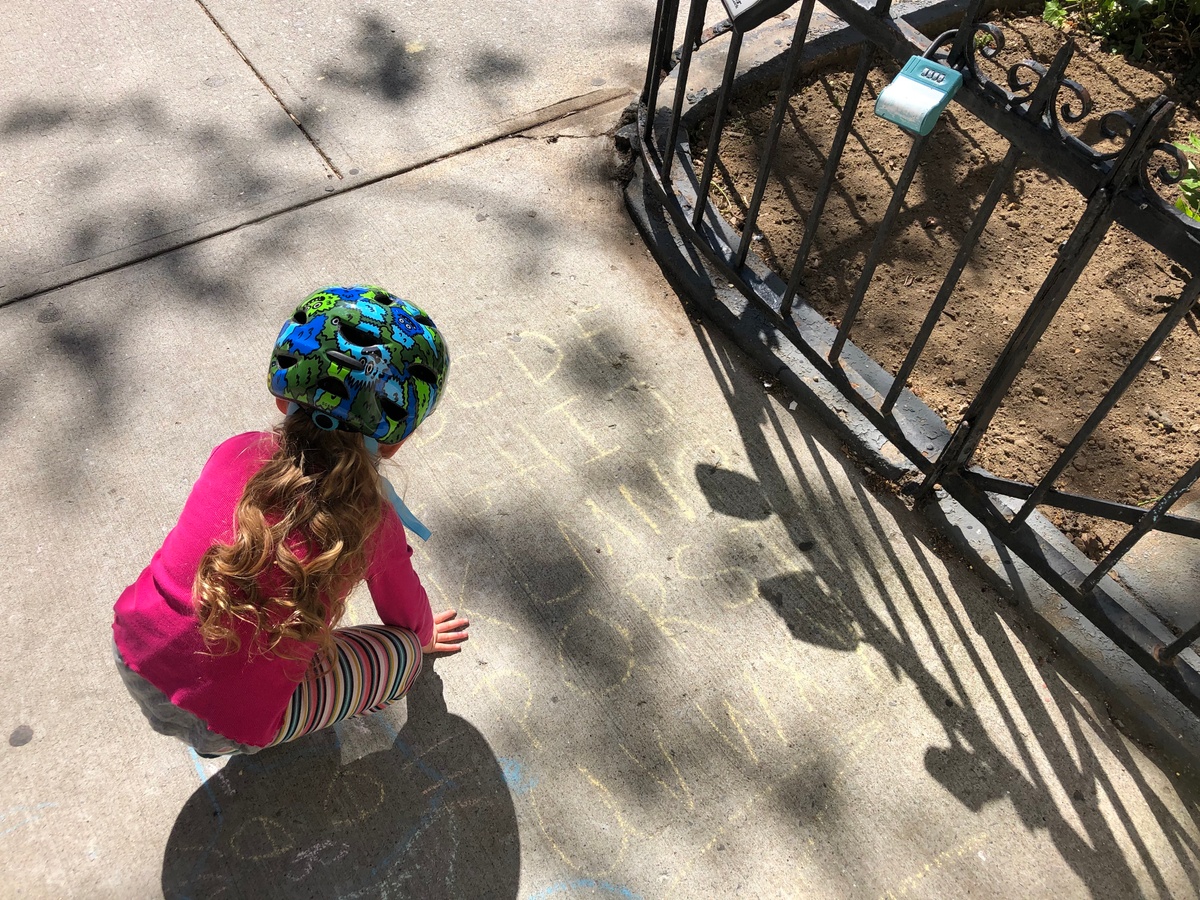 Sticks, Rocks, and Other Treasures

We may not have an abundance of green space around, but nature does persist. There are sticks to collect and build with. There is peeling bark on a tree that can be gently transported and made into a mosaic. Incidental rocks and pebbles become food in an imaginary outdoor cafe, or items to be sorted and arranged by size. 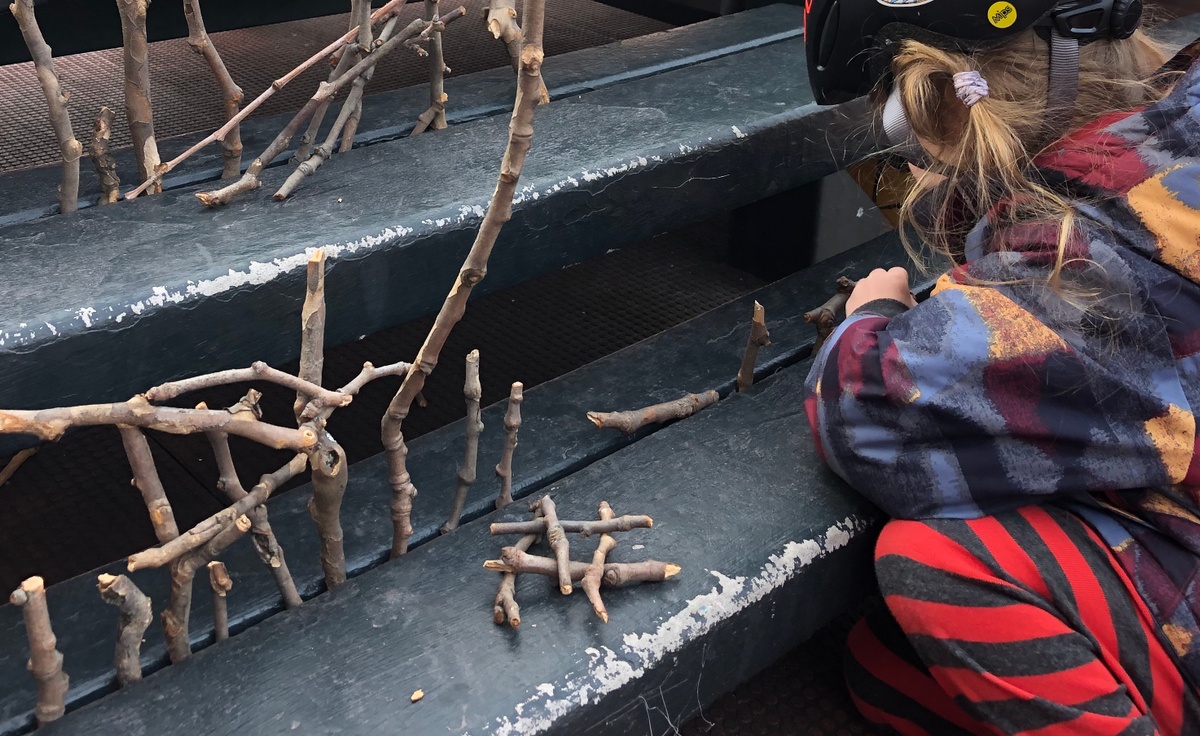 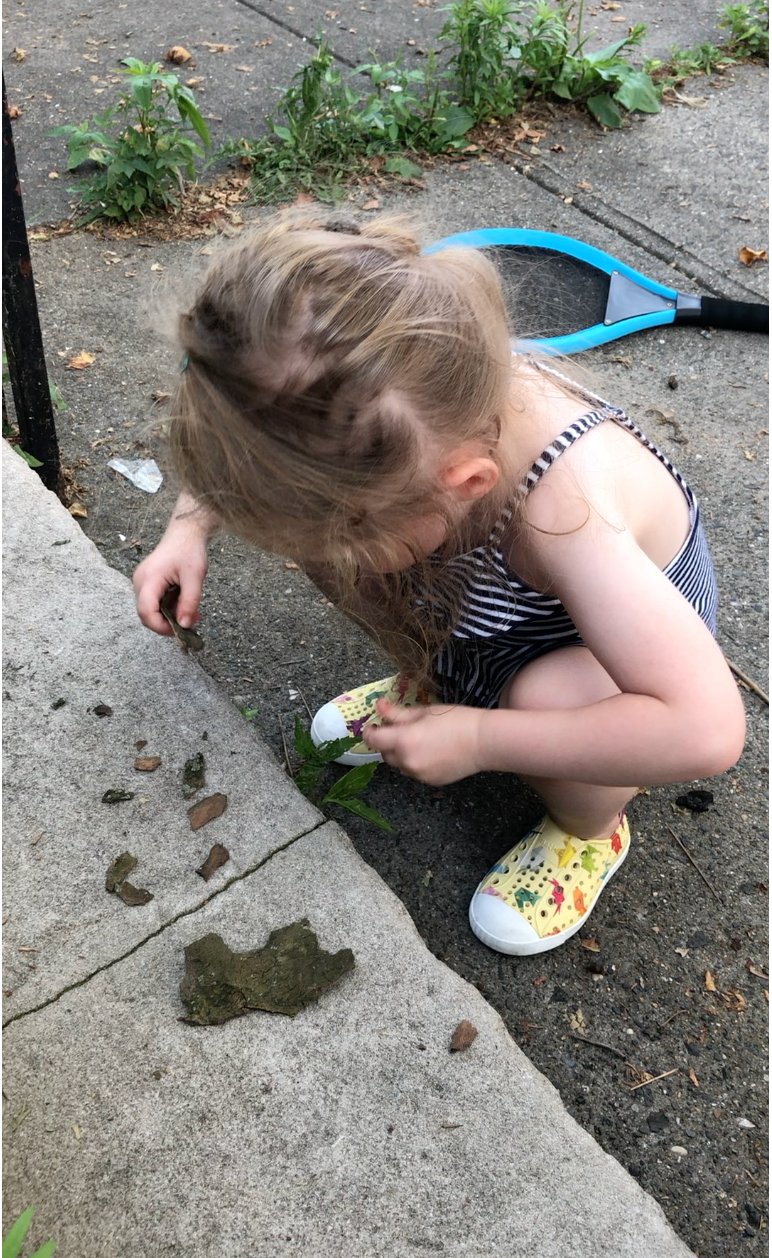 For my 4-year-old anyway, being in control is among her favorite things. So putting her in control of a tour of the block is something that she took to immediately. Dressed in the traditional guide tutu, with a stick as pointer, she graciously showed me around, telling me who lived in each apartment or house along with a little bit about them based on either what she could see outside (or what she invented out of thin air.) And if the tours happen regularly, you may see some things change, which is always really satisfying for kids and grown-ups.

Shadows (and Other Cool Things Hiding in Plain Sight)

Nobody can make things go slowly like a preschooler. So slowly. It’s often a cause for frustration and tension. But when time and patience are available to us, slowing down can be pretty fantastic. At the right time of day, shadows are there to play with. At a certain angle, spiderwebs take up the whole grate that’s pulled down over a shuttered store. Click here for even more shadow play ideas. 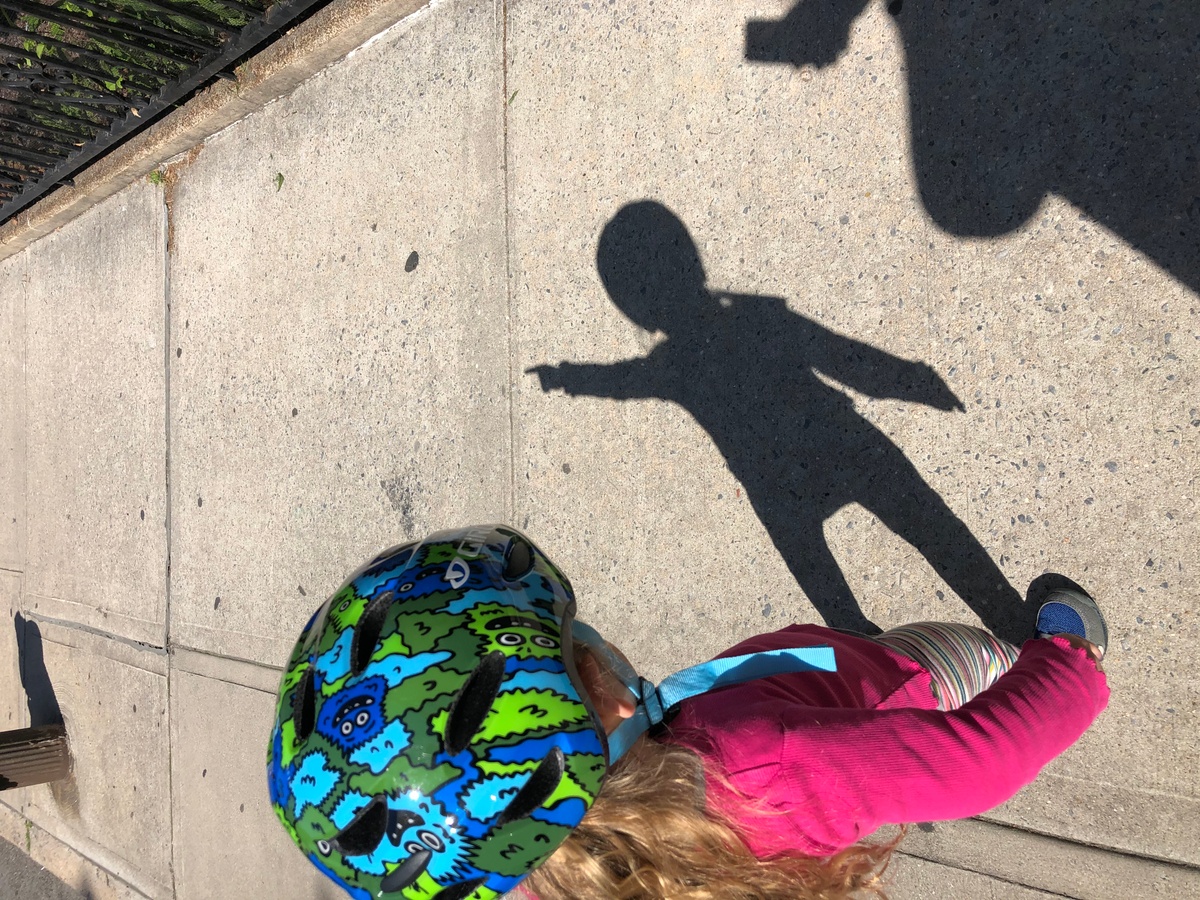 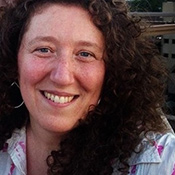 Emily Helfgot has more than 20 years of experience working in education and children's media as a teacher, content maker and learning lead. Emily's outdoor life in Brooklyn, NY consists of lots of time in playgrounds and urban parks with her husband, Robby, and 4-year-old daughter, Josie. There is much time devoted to collecting, pretend play, and red light/green light. Josie can often be seen in her Radio Flyer wagon, lying on her back, looking up at the sky and singing about it. Emily can often be seen pulling Josie and admiring her songwriting ability.