Working in schools and on Tinkergarten, I’ve posed this question to many adults. Likely my two most common responses are: a sponge that soaks up knowledge or a blank canvas (aka “tabula rasa”). These responses have their roots in historically held conceptions of child development, but they are not entirely accurate, based on what we know about the brain. The more I work with parents of young children, the more I see this misunderstanding of brain development as a missed opportunity.

If young brains are neither sponges nor blank canvases, then what’s the right way to think about them? Although I love a good metaphor, a picture says a thousand words or, in this case, a hundred-billion neurons (the number a baby has at birth).

Before we make sense of this image, we can define a few terms that are key in understanding it. 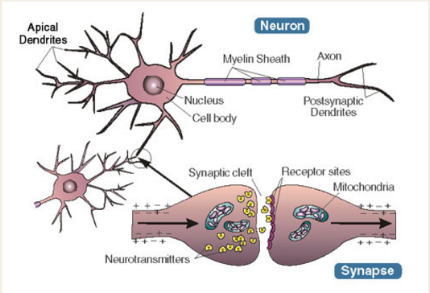 The image above contains a set of scans of brain tissue at various ages. The black dots we see are neurons and the lines between them the are synapses.

As this shows, my canvas and sponge friends are not totally wrong, but it no longer feels right to see the young brain as either blank or empty. In fact, babies have nearly all of the neurons they will ever have in their brains at birth. In the first two years of life, the focus is not on acquiring more neurons, but on rapidly developing synaptic connections and pathways.

Babies and toddlers produce synapses like mad, creating more than they will need. As they experience the world, the number of synapses will grow from 2,500 per neuron to 15,000 per neuron by age two or three. That 15,000 is approximately double the number in adult brains (Gopnick, et. al, 1999). The preschool years and those that follow are, thus, spent on synaptic pruning—the shedding of pathways that are underused and enhancing those used often. In other words, children use their experiences to help them either strengthen or prune these overproduced and disorganized sets of synapses so that, in time, the brain becomes a more organized and efficient machine. Watch a quick and helpful video from the Harvard University Center on the Developing Child to see how this works.

Just taking a look at the sheer volume and disorder of the two-year-old’s synapses versus her six-year-old counterpart’s gives us a whole new sense of our toddler’s behavior. It’s remarkable that our wee ones hold it together as well as they do, and it’s no wonder that their attention shifts, that they lack capacity to respond quickly to directions, and that their speed to frustration is so high.

In addition to making us more compassionate and patient with our two- and three-year-old friends, these images also made us wonder what conditions help the brain move from the two-year-old image to the six-year-old image and beyond? 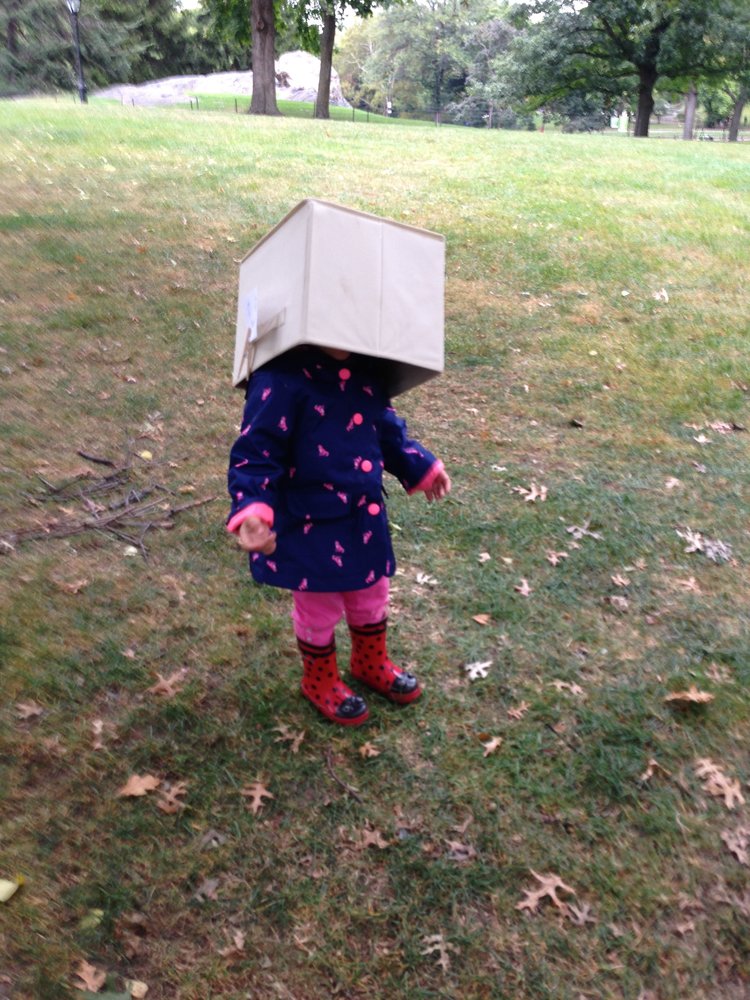 As the science reminds us, rather than needing to “receive” knowledge, our young kids need to explore, try, err, try again, and experience as much as possible—all in an environment that is as joyful and as sensory-stimulating as possible. Even though we, as parents, may no longer be painters adding knowledge to a blank canvas, we still can make a great deal of impact. We can set the stage for the development of strong and healthy brain architecture by giving our kids access to rich play environments, engaging materials and plenty of time to explore.

Sounds right, but now what? You can try a few, simple ways to put this all into action: 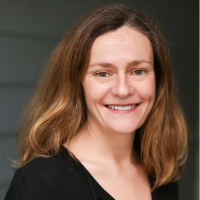