We consider ourselves wildly fortunate at Tinkergarten to work with some of the most amazing people we will ever meet. It turns out, the call of this movement to bring quality, playful learning and a connection to nature to children and families everywhere resonates with many awesome individuals. As a result, this cause is bringing people all over the country with rich and varied backgrounds into the work of early childhood education, parent empowerment, and community building—this, in inspiring contrast to the workforce challenges facing early childhood overall.

We want to celebrate this exciting trend, and we’ll do so by shining a spotlight on our remarkable leaders. Sara To leads Tinkergarten classes in Eleanor Pardee Park in Palo Alto, California, and has made a career out of using her remarkable tech and people powers to do a whole lot of good in the world. 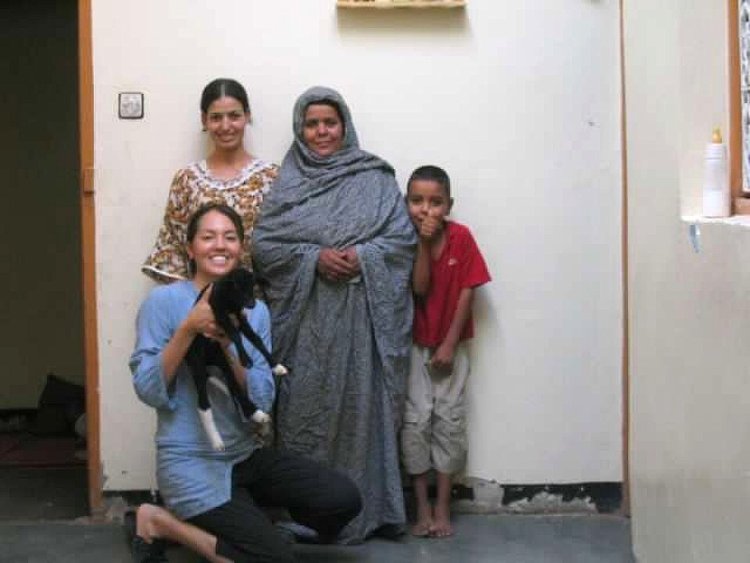 What did your life look like before kids?
Before I had kids, I worked in tech at Google, Mozilla, Wikimedia Foundation, and a social venture non-profit in the Bay Area.

Prior to that, I volunteered with the Peace Corps in the Moroccan Sahara Desert for two years. That experience led me to Syria and Yemen to complete a Fulbright Fellowship where I documented businesses started by women in the Middle East region. I lived with an amazing Muslim Syrian family in Damascus, the oldest continuously-inhabited city in the world.

In Syria, I met and interviewed a variety of female entrepreneurs, like silkworm farmers and textile artisans. I visited conservative and liberal towns. I learned a different dialect of Arabic. And I saw a side of these countries that is often not seen in the media.

What drew you to Tinkergarten?
From a technology standpoint, I love the open-source aspect of the company and the platform it is built upon. Never in the years of teaching have I had such a large network to share ideas and build upon these ideas in such a positive way. And I love the way we are leveraging technology to access what most of us loved the most about our childhood: making art, being out in nature and running wild!

What did your life look like before Tinkergarten?
Before Tinkergarten, I lived in a dormitory with 50 middle school and high school boys at Eastside College Preparatory School in East Palo Alto. My husband Josh and I were Residential Faculty (dorm parents) to first-generation college-bound students. As “dorm parents,” we were stand-in pharmacists, counselors, and teachers to these kids. In return, our students became big brothers to our daughter for the first three years of her life.

How has being a Tinkergarten Leader impacted you and your life?
As a Leader, I’ve learned how much my daughter -- and most children -- want to play a meaningful role in society. My daughter loves being tasked with handing out the snack blankets in class, laying down the tarps, pushing the cart of supplies with me and meeting communities of people.

On a lighter note, since becoming a Tinkergarten Leader I now always travel with a tarp and duct tape. Tarps make the best makeshift shelters and picnic seats!

Also, I never thought I’d get paid to be a public singer -- life is full of surprises! 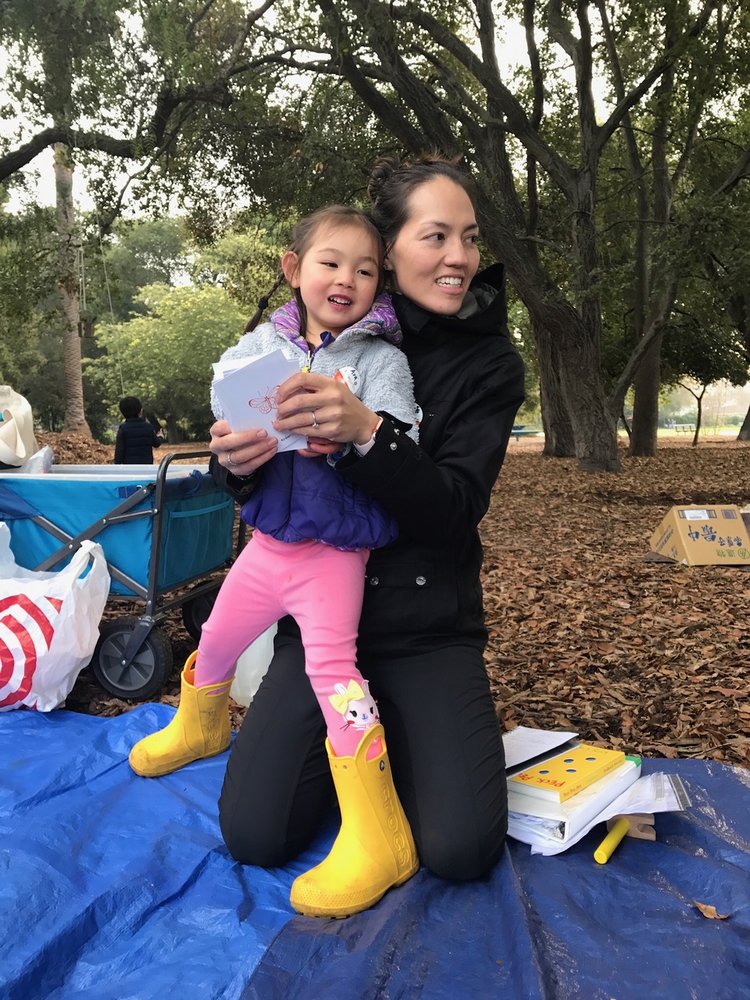 What do you feel most proud of in life?
Being married, having two healthy kids with whom I get to learn with every day, and having the opportunity to do work that’s meaningful and enjoyable.

I’m active in many different roles that make me proud. Aside from Tinkergarten, I’m working on a project with my husband for our non-profit, Soup, which focuses on using design, tech and community development for social good. We also oversee another project of ours, called Blocks, which lands prefab units (i.e. shipping containers) into California and onto properties to increase the supply of affordable housing in the Bay Area. We’ve installed three units in the past six months and hope to set up 12 more in the Bay Area this year. We’ve worked hard to build momentum for the project and to find ways to tangibly serve families in need.

What does a perfect day look like to you?
A perfect day would be getting my squirmy 16-month-old son into the car seat so we could actually get out! And once that happens, a great day would be heading to the trails in the beautiful mountains along Skyline ridge, a visit to Filoli gardens, or just finding any open patch of green to explore with my family. Any piece of nature qualifies, to me, as my safe and sacred space.

What piece of advice has proven most helpful to you as a parent?
Academics can wait. Let your child enjoy, play and explore. Brain integration doesn’t happen until age six, so don’t rush the academic process! 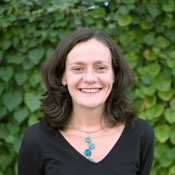 After 18 years as an educator, curriculum developer and school leader, Meghan has her dream gig—an entrepreneur/educator/mom who helps families everywhere, including hers, learn outside. Prior to Tinkergarten®, Meghan worked as an Elementary School Principal, a Math/Science Specialist & and a teacher in public and private schools in NY, MA and CA. She earned a BA with majors in English and Psychology at Amherst College, an MS in Educational Leadership at Bank Street College, and was trained to become a Forest School leader at Bridgwater College, UK. When she is with her kids, Meghan is that unapologetic mom who plays along with them in mud, dances in the pouring rain, and builds a darn good snow igloo with her bare hands.

Inspiration and guidance to keep kids playing and learning all week long.